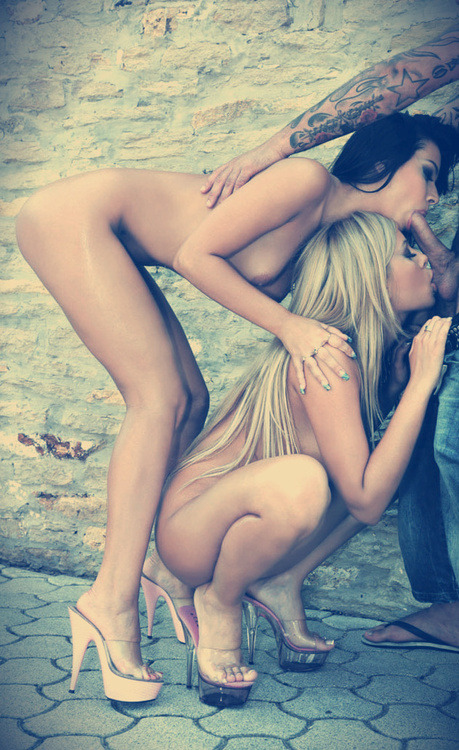 “Really? You’re going to take her side?”

I turned my head to see three 20-somethings standing a little to my left. If I had to guess, I’d assume they were college Juniors. The two girls were standing on either side of the guy, and both seemed rather unhappy with him.

“Shanna, come on, it’s not like that.” He attempted to reason with the angry blonde.

“No, no. It’s okay, Evan. I get it. You have a girlfriend now, so you’re gonna take her side on everything to get in her pants.” Shanna spat back, shooting a dirty look at the dark-haired girl across from her.

“Hey, that’s not fair. Shan, we’ve been friends our whole lives. You know I wouldn’t do that.” Evan said, trying to diffuse the situation.

“Yeah,” the girlfriend jumped back into the discussion. “Don’t be so jealous, Shanna.”

“No one asked you, Angela. I’ve known Evan my whole life. In a year, you won’t even matter.” The long-time friend was relentless in her attack on Evan’s new girlfriend.

Angela’s eyes burned with anger. I could see that Shanna’s last comment really hurt her. She was an absolute babe; her sky blue eyes popped in contrast to her long, jet black hair. Her body was lean, and was highlighted by an amazing set of legs that seemed to go on for days. She was wearing a cute designer sundress, and clearly put a lot of effort into her appearance.

Shanna, on the other hand, was your typical girl next door. Her sun-kissed blonde hair was tied up in a high ponytail. She had a small waist that, combined with her soft, modest curves, gave her an understated hourglass shape. Unlike Angela, Shanna wore a more casual top with leggings. Though she didn’t seem to be as committed to her appearance as Angela, her all-natural looks did nothing to conceal her own beauty.

“Angie, Shanna, that’s enough,” Evan pleaded. “This is getting ridiculous. I’m not taking anyone’s side.” He shook his head; his frustration with the two girls was visible on his face. For some reason, Shanna just seemed to hate Angela. And, despite his best efforts, it was clear that the girls were no closer to getting along.

“It’s not me. It’s her.” Angela pointed at Shanna, “I swear, it’s like she has a crush on you or something. I’ve tried to be nice to her.”

“Whatever. If this is how it’s going to be, I’m out of here.” Shanna threw her hands in the air and turned away from the couple.

I finally decided that poor Evan had suffered enough at the hands of these two. I approached the group as a plethora of ideas ran through my head.

“Hello there,” I greeted Evan and the girls, “my name is Mr. Legion. I couldn’t help but overhear some of your conversation and, well, I think I can help.”

The three attractive young people looked at me, none quite sure what to make of my statement. Shanna was the first to say something.

“Ummm, hi.” I could hear the uncertainty in her voice, “How exactly do you think you can help? Are you like a psychiatrist or something?”

I smiled at her. “Something like that. Let’s just say I’m really good at helping people understand themselves. For example, Shanna, I know that you don’t actually want to leave right now, do you?”

Shanna took a moment to consider my question, “No… I guess I don’t.”

“Of course not. You’re far too attracted to Angela to actually leave her.”

“What? No…” Shanna took a step back as her head started to spin. “I… I mean… how did you….” She knew something wasn’t right about this. She looked at me, trying to understand what I had done to her.

“It’s okay, Shanna. There’s nothing wrong with being attracted to girls, you don’t need to feel embarrassed.”

“Shanna? What is he talking about?” Angela asked; she turned to me, “Who the hell are

“Please do stop talking,” I interrupted her. She tried to speak but no words came out. Angela brought a hand to her throat, a look of panic on her face. “You may speak, but only when spoken to. Do you understand?”

“Good.” I turned back to Shanna, “Anyways, sweetheart, how long have you had this crush on your best friend’s girlfriend?”

“Um, since they started dating.” She responded, but that wasn’t true, was it? Shanna didn’t know anymore. Romantic feelings began to take hold inside her; she did like Angela. That’s why it was so hard to be around her and Evan.

“I’m sorry, Evan. I think I’m in love with her.” She admitted to him. Evan was quite confused by this whole situation. But I had a plan for that.

“Don’t worry, Evan.” I assured him, “The feeling is mutual between them; isn’t that right, Angie?”

Angela, being spoken to, could finally respond. “No! I’m with… I… I love Shanna.” She felt it become true as soon as the words left her soft, glossy lips.

“Aw, isn’t that sweet?” I said, a mocking tone in my voice. “Well, girls, I think you should show Evan that you’re sorry for fighting and hiding your true feelings. Why don’t you two kiss and make up?”

Suddenly, the two girls turned toward each other. Shanna took a step toward Angela, as desire filled her. She took the raven-haired girl in her arms and kissed her deeply. Angela put her arms around her new lover and returned her kiss with one of her own. Within seconds, the former rivals were making out like they were all alone in the world. They broke the kiss and held each other close, happy to be together.

“Well, that’s much better than them fighting all the time, don’t you think?” I asked Evan.

The young man stood there, unable to believe his eyes. Finally, he spoke up, “Listen, man. I don’t know how you’re doing this. But they aren’t lesbians. At least, they weren’t.”

I laughed, “Well, of course not. What good would that be to you?” I asked him. “No, Evan, they’re not just lesbians. They’re whores.”

“Sure, they are, just ask them.” I turned to the girls, “Ladies, tell Evan what you are.”

Evan’s former girlfriend pulled her eyes away from her new lover’s body for a moment, “Oh, we’re totally whores.” Then, as if on command, both girls’ outfits began to fade away except for matching pairs of platform heels. The girls instantly began to explore their naked bodies. Moans and giggles escaped their lips.

“Exactly.” I nodded, and acknowledged Evan, who was staring at the naked whores in front of him. “I told you, Evan. Besides, they’re your personal whores. Look how badly they want to suck your cock.”

Evan shook the sudden collection of cobwebs from his head. He was being stupid; obviously, they were his whores. Angie and Shanna were both eyeing the bulge in his pants, desperate to get a taste. Evan undid his zipper and both sluts immediately fell to their knees, scrambling toward him. They began sucking and slurping him, worshiping his growing member with their mouths. Angie rose to her feet, bending at the waist to blow him while Shanna sucked on his balls below her.

This site uses Akismet to reduce spam. Learn how your comment data is processed.